Editorial: Privacy is for All – Not Just the Privileged Ones 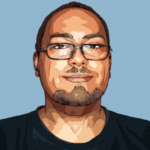 VPNs and other privacy tools are for the underprivileged what tax heavens are for the wealthy: a way to secure your own rights when those tasked with protecting them go rogue.

EU and Article 13 and the future of internet privacy

Large portions of the Internet went on fire after the European Parliament voted in favor of the controversial Article 13 which, if applied thoroughly, will make the little guy’s access to culture online a nightmare, in part because those who produce culture and are not backed by multi-billionaires, will not be able to meet the absurd legal demands.

Whether Article 13 will be enforceable in any meaningful way remains. After all, there are vast swaths of EU law that have never been enforced, not least because they are unenforceable in how they’re written.

Article 13, though, represents just the most recent attack by powerful institutions upon the individual right to privacy.

One of the most often-wrongly quoted utterances by Thomas Jefferson is the quote about liberty yielding in his letter to Edward Carrington in 1788 in which Jefferson said: “The natural progress of things is for liberty to yield and government to gain ground.”

Often this is quoted in reverse as “The natural progress is for government to gain ground and liberty to yield,” thus placing the blame primarily or exclusively on government. But in the original and accurate quote, Thomas Jefferson had it right: it is the natural progression for people to lower their guard, yield their liberty, and then, and only then, the government (and other powerful private institutions) gain ground.

That’s where privacy measures now available essentially for everyone come in: It is first and foremost our responsibility as individuals to exert our right to privacy and not to wait for powerful institutions to go for it and then worry about it when it may indeed be too late.

The privileged, the wealthy, and the well-connected have always had ways to go around legislation, policies, and practices that impeded their rights. But it is the Internet that is the great equalizer that allowed for the first time in human history for the underprivileged to compete on equal terms for the last 20 or so years.

The fact that this has worked somewhat well for the previous two decades doesn’t mean it will necessarily work just as well in the next two decades.

When the idea of encryption first emerged, it was viewed as a fad or as a weird concern for the overly paranoid. Not many years down the line, it became standard procedure, and nowadays, modern browsers treat unencrypted websites as inherently suspicious. The result is everyone surfing the web more securely, not just those privileged enough to work in IT or in a multi-billion corporation that can afford the knowledge.

The exact process will necessarily have to happen with privacy as well. And VPNs are an inherent part of that effort. The well-off can fly to another country or order the unavailable content from another country by paying extra. VPNs are the great equalizer, allowing anyone to be discrete while still participating in the global village that the Internet is.

And it is particularly important for the underprivileged to exercise their right to be discrete more often because it is the underprivileged who tend to be targeted the most by predatory advertising, arbitrary prosecution under totalitarian laws, or harassment (either by their employers or by law enforcement).

Taking back control over your online presence is not an obligation. Indeed some people are content enough with the status quo. But it is a right that can and should be asserted.

Polyglot, vlogger, individualist, free-speech absolutist. Lucian is a vlogger and advocate for free speech and free markets. He regularly does podcasts and publishes liberty-oriented videos on his YouTube channel Freedom Alternative. Lucian has more than 10 years of history in promoting privacy and internet rights. You can also find him on Twitter at @freedomalternat.