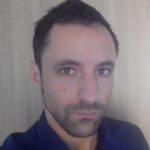 Now, some people might not be too happy having their ID linked to every piece of adult content they access, especially since the UK government has frequent data breaches.

However, the government hasn’t set the exact method of verification, which will likely rely on the websites themselves to collect and store the data, which feels like a terrible idea.

A VPN has various security features like a kill switch, split tunneling, and malware protection. It can also help you hide from multiple advertising networks and malicious advertisements.

Most VPNs are available on mobile devices and have extensions for browsers such as Google Chrome and Firefox.

Using a VPN is not a carte-blanche for illegal activities.

If you’re suspected of committing a serious crime, GCHQ and the National Crime agency will probably find out, regardless of which VP you use, and give you some well-deserved time at her majesty’s pleasure.

Let’s look at some of the methods you can use to override the ID checks. It’s pretty simple, actually, so much so that even the geniuses behind the idea admitted that the initiative isn’t going to work all the time.

The dangers of a national adult site database

Can I imagine it won’t be that long before the authorities want access to those databases under the guise of protecting the public? OF course, I can’t see the future, but recent years have seen the gradual erosion of privacy:

So, all in all, it just seems like a horrible idea.

Moreover, the mere existence of quality VPNs will make the pornography block completely useless, as if there weren’t any in the first place. Could this whole thing be another massive waste of time and valuable resources?

The truth is evident already. The encryption and robust security protocols will make any attempts at your freedom obsolete. The best option is to enlist the services of a VPN.

A VPN is designed to circumvent internet restrictions, regardless of their origins. Not even your ISP can track your internet browser when a good VPN protects you.

Just think of it this way:

The Digital Economy Act approved by the UK in 2017 states that all adult websites must adhere to strict regulations. They will have to create certain identity-verification checkpoints on the welcoming page of their website.

Here, you’ll have to prove to them that you’re over 18 years old and legally allowed to access adult content. This will come in the form of an ID check, the information on a driving license, or the purchase of a so-called adult-content pass which you’ll then use to access such sites.

However, how likely will you be able to purchase these passes if you’re not over 18? If these IDs are sold at the corner store, people under 18 will likely be able to get hold of them.

But I’ve said it before, and I’ll repeat it. Purchasing the pass is not your only option. You’d only be at risk by entering your personally identifiable information into adult sites.

As for the VPN company’s trustworthiness and whether you’re safe with their services, make sure you read some VPN reviews and check the legitimacy of their privacy policies before you sign up.

Any good VPN with a few ounces of respect to its name will not collect any user data, regardless of its nature. Besides the usual maintenance information required to run the servers, which can’t be linked to a specific user, nothing else should be collected.

These are the best VPN choices, in our opinion:

NordVPN is a perfect choice for blocked websites as it has more than 3,000 servers and IP addresses. It is based on Panada, a jurisdiction that does not have a data-sharing agreement with the UK.

Should I use free VPNs?

Proxy servers and DNS servers are also not recommended for the same reason.

Officially known as the Digital Economy Act, or at least a part of it, this initiative aims to condition the populace into giving up their privacy.

We’ve seen this already with the Social Credit system in China.

Oppression, authoritarianism, exceeding restrictions, and the lowering of personal liberties – are the core characteristics of any state growing overly powerful. When only one authority takes precedence over individual freedom and one’s own right to think and act, oppression is born.

The UK’s initiative states that all people in the UK will have to prove they are over 18 years old before being granted access to adult sites.

Websites that refuse to comply with these regulations will either be blocked off entirely by the UK internet service providers or receive hefty fines of up to £250,000.

The pornographic industry itself will be responsible for creating the infrastructure necessary to perform these identity checkpoints. MindGeek’s AgeID system is the leading contender for the role of supplementing this role in this case.

Buy a pass from your local corner store

One of the problems with the UK adult content block is that the state decides the nature of the adult content. What is slightly indecent, and what is adult content? Which websites will have to comply with this law?

These lines are blurred as even the law’s creators are unsure how exactly they’ll manage the situation. Any site that is 60% or more adult content will be affected. This doesn’t make sense.

The whole UK internet will have its body incinerated, punctured, and sawed-off by the government’s rusty and gangrenous meat cleaver. With exemplary imprecision and a hypocritical, self-righteous grin on their lips, these politicians will deny you the sacred right of wanking and call it justice.

The motivation for all of this?

This could be overcome by parents being more up-to-date on protecting their children, but there you go.

This legislation will lead to an even more significant lack of parental responsibility who’ll believe their kids are safe now, which won’t be true.

There are hundreds of thousands of adult sites, and the adult content on the internet nears infinity. If there’s something faster than the speed of light, it’s the speed of adult videos uploaded on adult websites.

It’s impossible to force all of these websites to adhere to the legislation, and blocking access to them seems a far-fetched idea. Given its massiveness, adult content won’t ever be extinguished unless some rigorous algorithms are created that will completely change the way people access the internet.

The UK adult-content block is destined to fail

In my opinion, this initiative won’t work.

It’s doomed to fail, just like many other similar policies in the past. Remember the days of prohibition, when alcohol consumption increased after the ban, or look at how well the US is doing with the war on drugs.

The moment adult content becomes inaccessible is when people will have to decide between giving up their privacy or protecting it. The internet is supposed to be the land of the free, and this is ideal for fighting for.

Providing your personally identifiable information to websites is not necessarily safe.

It’s never a good idea to take on the risks of having your identity exposed on the internet, And the British government demands just that. These politicians are taking the high ground here, riding on the coattails of moral justifications, the defense of our children.

While most people agree that children under 18 shouldn’t have access to adult content, this is not an excellent way to achieve that. It’s a third-rate attempt at making things better, or so it appears to be, while its underlying goal is to increase the control of the state on the populace.