How to Unblock Imgur in Turkey?

Here are the precise steps you need to take if you want complete access to Imgur in Turkey: 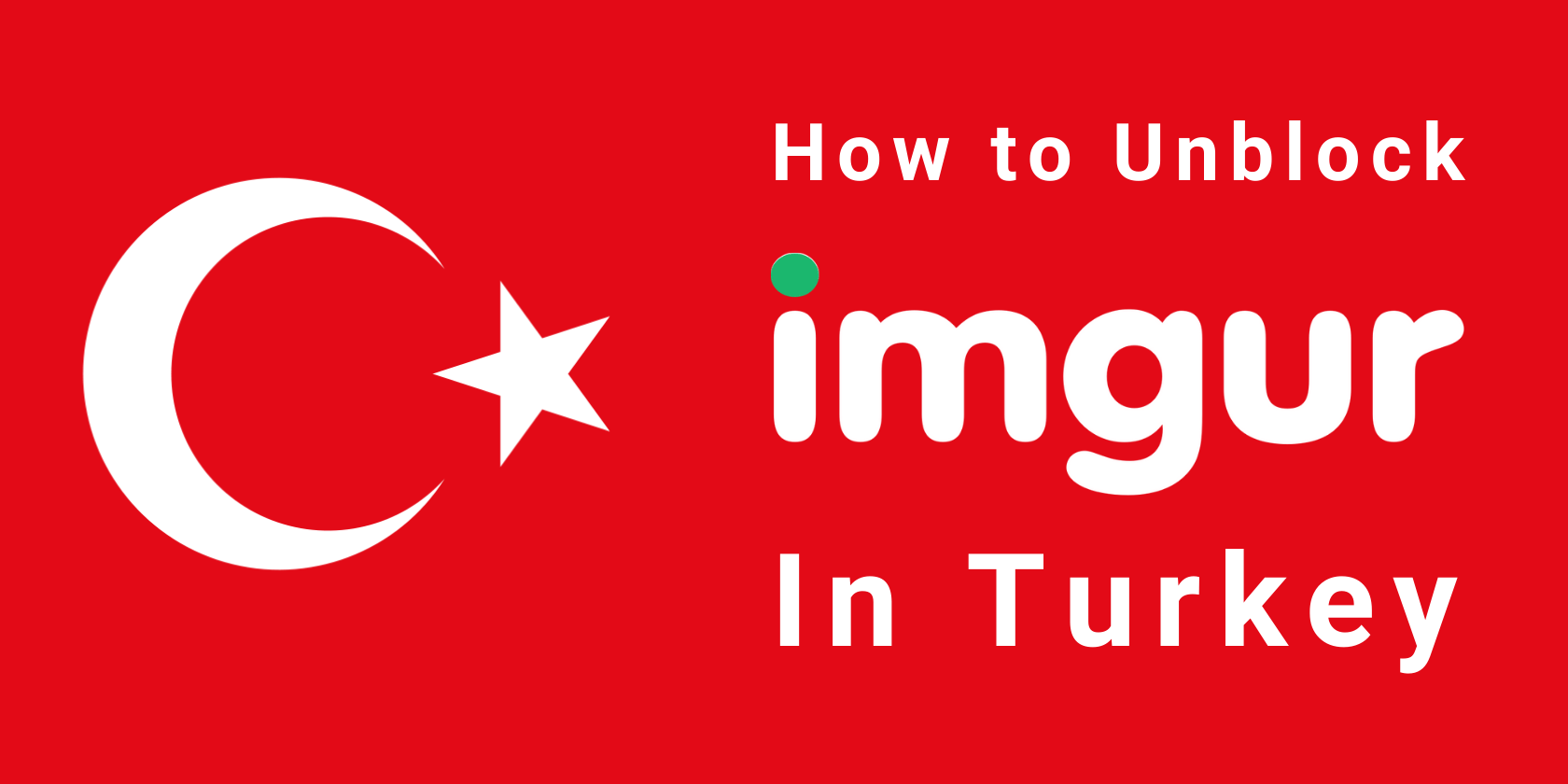 Why is Imgur blocked in Turkey?

Since 2010, there’s been a steady erosion of the freedom of the press and access to the internet in the Republic of Turkey. Internet censorship has also significantly increased since the attempted coup in 2016.

If you’re hoping that Turkish residents will be able to enjoy free access to information anytime soon, think again. The government in Turkey is adamant against providing that access. This trend is part of a fierce censorship program imposed on Turkish citizens.

It seems likely they’ll extend this censorship to even more social media and content-sharing websites in the future.

How Is Imgur Blocked in Turkey?

The Turkish government requires Internet Service Providers (ISP) to block Imgur. This instruction is part of their licensing conditions, and there are legal consequences for not complying.

Turkish ISPs can employ a range of technical controls to block specific websites, even those of a particular country. They can employ any of the following:

How Can I Unblock Imgur?

Access to Imgur, even if you’re in Turkey, is possible. There are a couple of options you can use. Here are some of the most common:

One important thing you should know is that SmartDNS and other techniques that don’t encrypt network traffic won’t work if you need to gain access to a blocked website. You’ll be spotted, and the access attempt will be recorded.

So What’s the Safest VPN to Use?

The Turkish Security Services use DPI software to identify and block traffic from VPN ports. If you’re a Turkish resident or visiting Turkey, you must use a VPN service that can disguise its traffic as regular HTTPS traffic.

Our recommendation? ExpressVPN. That’s one of the best VPNs to access government-blocked websites.

Not only does ExpressVPN boast exceptional privacy features such as double VPN, but it also has advanced, state-of-the-art encryption.

The first step you’ll have to take is downloading and installing your chosen VPN app onto your device.

You’ll want a VPN equipped with secure and fast servers, like those enabling you to avoid buffering issues while streaming media or downloading large files. Again, we strongly recommend ExpressVPN for this purpose.

Unlike free VPNs, ExpressVPN is a premium service. So you’ll get top speeds, not to mention the peace of mind of knowing that nobody will monitor your internet activity to sell that info to other parties — like the Turkish government or one of their agents!

Next, once your VPN is installed, get it running and pick somewhere other than Turkey. That will connect you to another server outside of the country, and you should be able to visit all the sites you want then!

Why Should I Never Use a Free VPN?

This drawback makes them impractical, especially if you want to stream video and gaming content. Also, free VPNs don’t use the most secure encryption algorithms and communications protocols.

The Turkish Security Service actively looks to block VPNs and encrypted messaging services. You want the most secure VPN available to stay one step ahead.

Also, nothing in life is truly free; these “free” VPN providers make money by monitoring which sites you visit and then selling this information to advertisers and other corporations.

When you’re using a VPN to bypass government censorship controls, you need to use a VPN provider you can trust won’t share your details with the Turkish government.

Of course, the Turkish Security Services won’t give up without a fight. They can still block VPNs to prevent you from using the advice above.

Fortunately, you’ve got ways to surmount this obstacle. An effective measure is to use what’s called “VPN obfuscation” via a Stealth VPN. This tool will make it seem like you’re not even using a VPN in the first place!

And there’s another tool you can add to your arsenal: a network of proxy layers, all encrypted, to which all your VPN traffic can be routed. This is called a Tor network and provides maximum levels of privacy.

However, setting up the network is no walk in the park. Furthermore, there aren’t very many VPN service providers that will give you VPN-over-Tor support.

Additionally, viewing your favorite media streams won’t be easy because the Tor network will render your internet connectivity incredibly slow.

And finally, the Turkish Security Services is very active in identifying and shutting down Tor networks within the country as part of its anti-terrorism activities.

Will the Government Know If I Use a VPN?

If you use a premium VPN, then any automated network monitoring systems shouldn’t be able to identify you. VPNs such as NordVPN use sophisticated encryption techniques.

Furthermore, encryption keys — and this is critical — will be stored on your device locally. So essentially, the Turkish government could only find out which sites you visited by physically getting their hands on your device.

This secure encryption is another reason your VPN can bypass the ISP controls. The data transmitted to and from you via the net will be concealed so that no filters will be triggered.

To uncover web addresses and data transmitted over their network, ISPs use the DPI technique. And if this info is sufficiently encrypted, the DPI software won’t be able to monitor it.

Troubleshooting Problems With Your VPN Connection

If your computer is locked down so you can’t install the NordVPN app, you’ll need to add the ExpressVPN Chrome or Firefox browser extension onto the appropriate web browser.

If, after installing NoExpressVPNrdVPN or the browser extension, your ISP still blocks access to the Imgur website, you can try connecting to different servers until you find one that works.

You should expect Turkish ISPs to block some VPN IP addresses. So you’ll probably have to try selecting servers in different countries until you find one that works.

A VPN will also work with unblocking Netflix and other streaming services.