VPN Encryption: What is It and How it Works

Virtual Private Networks (VPNs) offer a secure connection over the internet, thanks to the various encryption, protocols, and ciphers a VPN uses.

These encryption techniques ensure that your online connection and data in transit are safe from prying eyes such as hackers and even the government.

Not every commercial VPN openly outlines the technical details of its security and encryption technology.

Thus, this makes it tricky to understand how a VPN protects your online connection from unauthorized parties.

Nonetheless, in this article, you will learn all about the encryption details in a simplified manner.

These include encryption, ciphers, and protocols a VPN uses to keep your connection and data secure.

A VPN implements the use of cryptography, which encompasses securing information using concepts like encryption and decryption.

The cryptography process looks simple, but it involves other concepts that intertwine to ensure confidentiality, integrity, authentication, and all the security details that make your information and connection secure.

Without further ado, let’s get started! 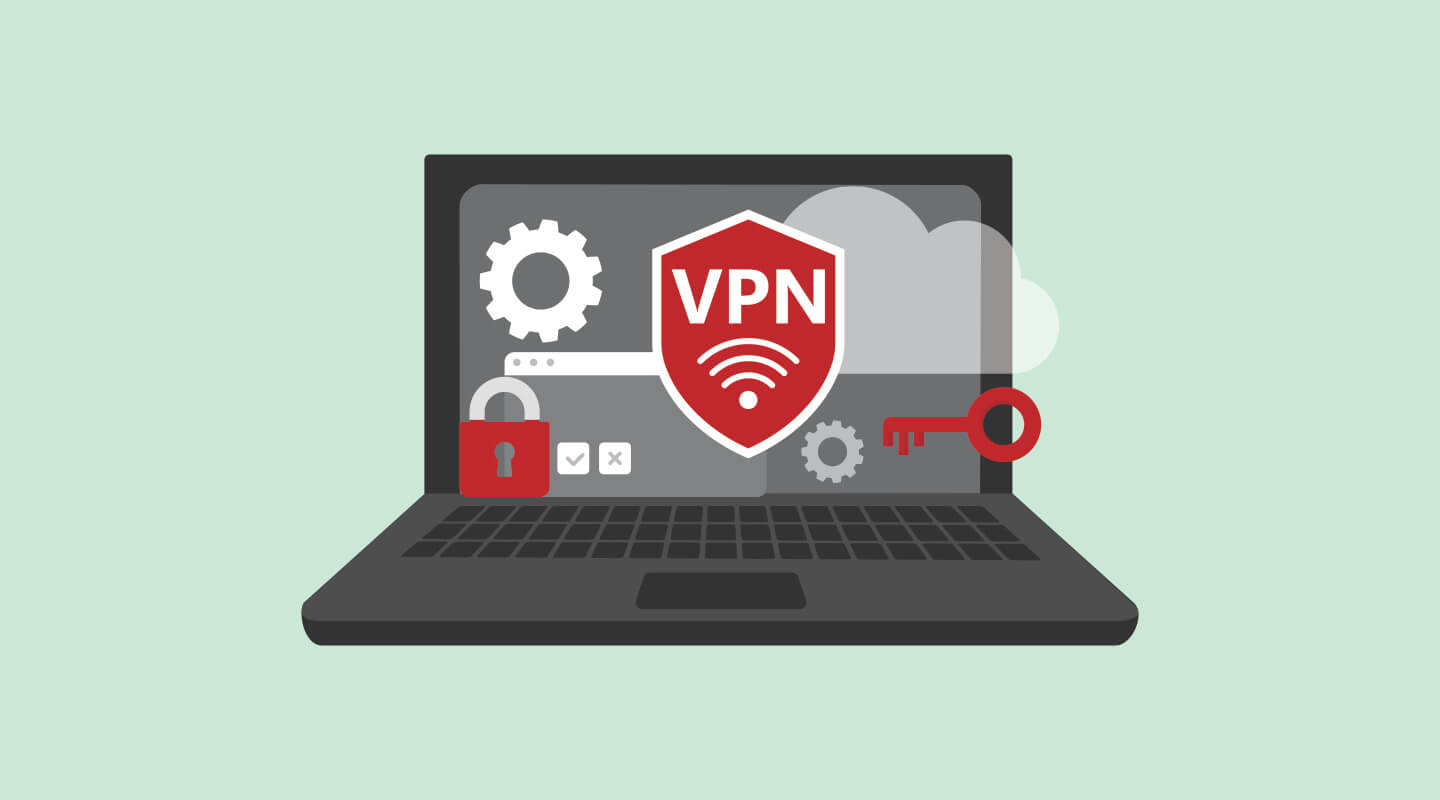 Here are the most common types of encryption techniques VPNs use to secure your online traffic and connection:

Symmetric encryption dictates both communicating parties have the same key to encrypt the plaintext and decrypt the ciphertext.

Most VPNs use this encryption algorithm. Moreover, Symmetric encryption is used by ciphers like Advanced Encryption Standard (AES) and Blowfish.

Asymmetric encryption uses two keys, a public, and a private key. The public key encrypts plaintext, but only the private key can decrypt the ciphertext.

Asymmetric encryption demands that most users have the public key, but only the authorized party can have the private key for decryption.

A handshake is a negotiation process that allows communicating parties to acknowledge each other and agree on what encryption algorithms or keys to use.

In most instances, the Rivest-Shamir-Adleman (RSA) algorithm is used for handshake encryption. Other VPNs also use the Elliptic-curve Diffie-Hellman (ECDH) key exchange.

RSA-2048 or higher is hard to break and is considered secure by most providers. RSA uses a simple transformation and is very slow. Due to this reason, it is used for handshakes and not for securing data.

The Secure Hash Algorithm (SHA) is a hashing algorithm to authenticate data and SSL/TLS connections.

The process is strengthened by a unique fingerprint that it creates to check the validity of the TLS certificate as a confirmation that you’re connecting to the correct VPN server.

It is essential to mention that without SHA, a digital hacker can easily re-route your online traffic to their server instead of the target VPN servers.

The technique checks the data integrity and authentication to ensure it remains intact.

Most good VPNs often use the hashing algorithm SHA alongside HMAC authentication for maximum security.

Perfect Forward Secrecy (PFS) is a neat encryption technique used by a set of key agreement protocols (primarily RSA and ECDH) to ensure session keys remain uncompromised, even if a server’s private key is compromised.

A cipher is an algorithm that you can use for encryption or decryption. The security standard of a cipher is determined by both the key length (128-bit, 192-bit, or 256-bit) and the strength of the algorithms.

Generally, the longer the key length, the stronger the cipher. But this also requires more processing power.

Consequently, a stronger cipher will require more time to encrypt and decrypt data. Therefore, most VPN providers try to balance security performance when settling for a cipher.

A select number of ciphers VPN providers often use for encryption and decryption.

These ciphers are considered the most secure in the industry, and they include Advanced Encryption Standard (AES), Blowfish, and Camellia.

AES is a private key cipher that offers a range of keys, including 128-bit, 192-bit, and 256-bit. AES signifies the ‘gold standard of the VPN industry, thanks to its recognition from the US government and its certification by NIST.

Thus, this makes it hard to crack as each ciphertext block depends on the number of plaintext blocks. This makes CBC slower regarding performance.

Galois/Counter Mode uses the transformation methodologies for block ciphers instead of chaining them. It also combines hashing to ensure authenticated encryption.

This mode yields faster performance with high security even in devices with low processing power. However, fewer VPNs use GCM since CBC was widely accepted.

Blowfish identifies as the official cipher of OpenVPN. This VPN protocol primarily uses the Blowfish-128, though it supports other levels up to 448.

This cipher is considered safe, but studies suggest it has some weaknesses. Therefore, we only recommend this option if the 256-bit AES isn’t an option.

Camellia is a fast and secure cipher that supports key sizes of 128, 192, and 256 bits. However, Camellia is only certified by the ISO-IEC, but not NIST.

This means that the cipher isn’t popular among VPNs like its counterpart, AES.

If you don’t like AES’s strong ties to the US government, Camellia is an option to consider. But bear in mind that Camellia isn’t as thoroughly tested as AES.

What are the Best VPN Encryption Standards?

While it’s a tough choice to decide on the best VPN encryption standards, here are the basic technical details to look for in a VPN:

This is regarding various encryption algorithms, ciphers, encryption protocols, and other techniques used by various VPN providers for security.

If you’re skeptical about the right secure VPN service, check the above section on the best VPN encryption standard.

Remember, not all VPNs have your security and privacy at heart; therefore, a thorough investigation is necessary.

Does a VPN encrypt everything?

Yes, a VPN encrypts every bit of information you send and receive while using the internet. VPNs also mask your actual IP address and assign you a private IP address that is generated from the VPN server you’re using at the time. As such, you can browse the internet without looking over your shoulder.

What is AES 256 encryption algorithm?

AES 256 is an encryption algorithm that uses a private key cipher with a key length of 256-bits. AES can also use other key sizes of 128 and 192, but 256 is regarded as the best in terms of security standards in the industry.

Can VPN encryption be broken?

No. VPNs encryption cannot be broken when implemented correctly. Reputable VPN providers take precautions that ensure you have the best-in-class security. However, if you choose a bad VPN provider or wrongly tweak the security settings of a VPN, then you’ll likely become vulnerable to attacks.

Is VPN more secure than HTTPS?

Both VPNs and HTTPS are excellent at encrypting your data over the internet. However, VPNs are more secure and use a wide range of encryption techniques to achieve maximum security. VPNs also encrypt everything, including your browsing activity, online identity, and more. HTTPS only encrypts your web traffic.

It’s arguably impossible to break the AES-256 bit. You can try to crack lower versions of the encryption, such as 128-bit, but it’ll take endless resources and ages to break AES-256, even with supercomputers. However, your information or connection can be at risk when implemented poorly.

Tech and Cybersecurity Expert Justin is a cybersecurity expert with over 5 years of experience that stretches across various technological realms. He is a valued expert in cybersecurity, Cord-cutting, Cryptocurrency, Smartphones, How-tos and other related fields. Justin has written authoritative content for multiple Cybersecurity websites and blogs on matters regarding privacy and security. He also does pen test on tech products such as smartphone applications and websites. When he is not writing, Justin spends most of his time on the latest tech trends and Android Studio. Justin is also a degree holder in Information Systems Technology and Master of Computer Applications (M.C.A.), University of Adelaide.