IKEv2 VPN Protocol Explained: What It Is and How It Works

Internet Key Exchange version 2 (IKEv2) is among the fastest vpn protocols. It is usually paired with IPSec and is commonly known as IKEv2/IPSec.

The VPN protocol is widely implemented in mobile devices. This can be attributed to its fast speeds, stability, and high reliability when switching between networks.

IKEv2 is a tunneling protocol within the IPSec protocol suite. It is responsible for setting up Security Association (SA) for secure communication between VPN clients and VPN servers within IPSec.

IKEv2 is a successor to IKEv1 and was jointly developed by Microsoft and Cisco.

Read below to learn more about IKEv2. 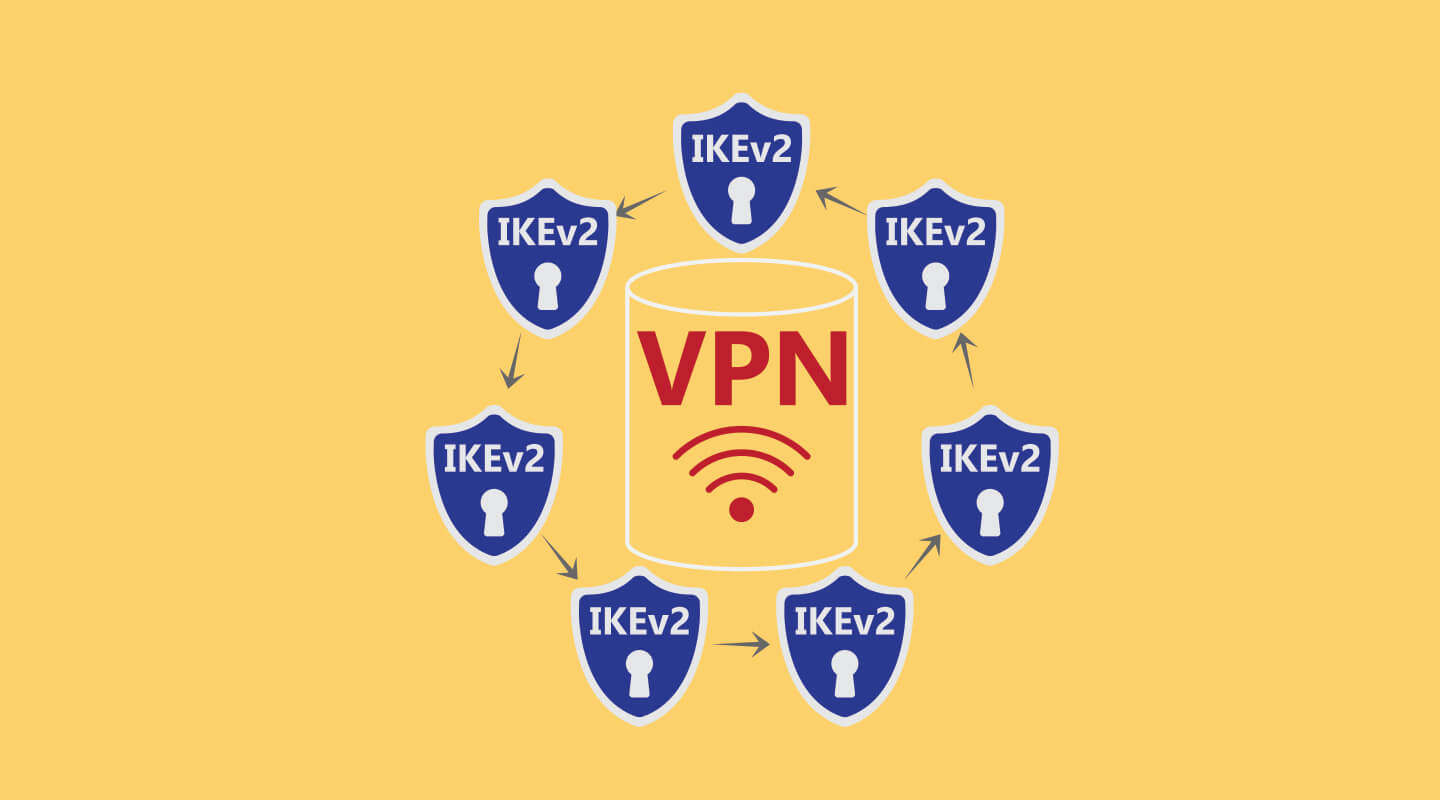 How Does IKEv2 Work?

IKEV2 heavily relies on IPSec to secure the communication between a VPN client and a VPN server.

This explains why the protocol is often identified as IKEv2/IPSec. Simply put, IKEv2/IPSec secures and allows the exchange of encryption keys – true to its name.

In a nutshell, IKEV2 sets up a security association (SA) that negotiates security keys used by both the VPN client and the VPN server.

Once IKEv2 validates the security association, a secure tunnel is set, which prompts encrypted communication between the two peers.

IKEv2/IPSec uses the more robust 256-bit encryption. It can use VPN encryption ciphers such as AES, ChaCha20, and Camellia.

The VPN protocol also uses the famous Diffie-Hellman Key Exchange algorithm that allows for the secure exchange of private keys.

It’s also worth knowing that:

Why is IKEv2 Always Paired with IPSec?

It is all about security, speed, and stability. IPSec is considered secure and reliable, while IKEv2 is extremely fast and stable – IKEV2 offers quick re-connections when switching networks or during sudden drops.

Thus, a combination of IKEv2/IPsec forms one of the best VPN protocols that exhibits the advantages of the two.

IPSec protocol suite creates secure tunnels between two communicating peers over a network. The protocol is also used to encrypt data in VPNs.

Moreover, IPSec uses an array of techniques for authentication and key exchange for negotiating security associations. One of these includes Internet Key Exchange (IKE and IKEv2).

Why is IKEv2 Considered Better than IKEv1?

IKEv2 is the successor of IKEv1 with improvements and optimizations such as fast speeds, greater security, and increased efficiency.

Here is a highlight of the features of the improved IKE version 2:

It’s especially fast on macOS, making IKEv2 VPNs great choices if you are looking for a Mac VPN.

The protocol is also compatible with smart devices like Smart TVs and some streaming devices.

Most VPN providers offer IKEv2/IPSec as a default protocol on their client apps due to its advanced security, stability, and reliability levels.

Benefits of the IKEv2/IPSec Protocol

Disadvantages of the IKEv2/IPSec Protocol

What is IKEv2 used for?

Internet Key Exchange version 2 (IKEv2) is a VPN protocol that offers a secure tunnel for communication between two peers over the internet. It negotiates security associations (SAs) within an authentication protocol suite of IPSec. The two form a formidable VPN protocol widely called IKEv2/IPSec.

Is IKEv2 a suitable VPN protocol?

Is IKEv2 good for gaming?

Yes, IKEv2 is an excellent protocol choice for gamers, thanks to its fast speeds, stability, and high security. The VPN protocol also utilizes low latency levels, a feature that works very well with online games worldwide.

How secure is IKEv2?

IKEv2 uses the best-in-class 256 encryption and supports an array of cryptographic algorithms like AES, Blowfish, and Camellia. IKEv2 alone also has no known vulnerabilities unless implemented poorly.

Is IKEv2 better than other VPN protocols?

IKEv2 is better than most VPN protocols regarding performance and efficiency, especially on mobile devices. Other than robust security and fast speeds, IKEv2 uses fewer CPU resources (consumes less battery), and it is stable when switching between networks (re-establishes connections in a quick manner).

WireGuard vs OpenVPN: Which Protocol Should You Use?

How to Set up Your Own Home VPN Server - Full Guide

WireGuard vs OpenVPN: Which Protocol Should You Use?

How to Set up Your Own Home VPN Server - Full Guide