In this guide, we will discuss what VPN tethering is and how it works and how you can set it up on your device.

What is VPN tethering and how does it work?

If your mobile phone has an internet connection, you can share that connection with other devices like laptops and other phones. This process is called tethering.

To tether, the device must connect to your phone via wireless LAN, Bluetooth, or a USB cable. And once another device can access the web, your phone becomes a mobile hotspot or WiFi hotspot.

VPN tethering is when you have an active VPN connection on the mobile device you use for tethering.

The best VPN for tethering according to our latest testing is ExpressVPN.

Can a VPN hide mobile tethering?

Yes, it can. You will need a VPN installed on your mobile device and PDANet+ installed on both the sharing and tethered devices.

Below in this guide I will show you step-by-step to to set this up.

Because this hotspot makes your mobile phone a portable router, the mobile service will monitor the connection. You may experience slower connections, and data may run out sooner rather than later when using a hotspot.

Fortunately, there are workarounds to this issue. The simplest is to use a VPN.

The best VPN for tethering and mobile VPN hotspot in my opinion is ExpressVPN. It has servers in all over the world and offers super fast speeds.

It would help if you avoided a free VPN for VPN tether as they are generally not secure.

Below you can read more about VPN tethering and how it works.

Can a VPN Protect Mobile-Tethered Devices?

No, at least not right away. A VPN in your mobile device establishes a secure tunnel between your phone and the VPN service provider.

As the VPN application runs, it encrypts your mobile device’s outgoing traffic.

But it won’t do the same for the device’s router facility. Hence, your mobile phone’s VPN can only protect the phone itself, not the other devices tethered to it.

Lucky for you, there’s an easy solution. You must install your preferred VPN on both the connecting device and the device acting as a router.

The best VPN providers offer their services for both mobile devices and desktops. Ensure your VPN vendor provides a connection to multiple devices with the same subscription. (We’ll discuss our favorite providers later.)

Fortunately, there are still workarounds. They may not be as easy as installing VPNs on multiple devices, but they’re worth a shot.

So when you establish a hotspot connection, you’ll use the APN allocated for tethering. If you change this, then the ISP won’t be able to monitor the connected device’s traffic.

Related: VPN vs. APN – What are the differences

How to change the tethering APN in iPhones

The easiest way to do this through iPhones is to jailbreak. You must break into the phone’s underlying security protocols and bypass all the protection measures. Then you can change the preset APN.

However, remember that doing this may lead to unfavorable consequences.

How to change the tethering APN in Android devices

The steps here aren’t as straightforward as they are for changing the tethering in iPhones, but using the PDANet+ application is the best solution.

It will enable you to hide that you’re using a hotspot to provide an internet connection to other devices. Your hotspot will be invisible, and your ISP won’t see that you’re tethering but only using a standard data connection.

2. Once you’ve installed the app, launch it, and select the “WiFi Direct Hotspot” option. 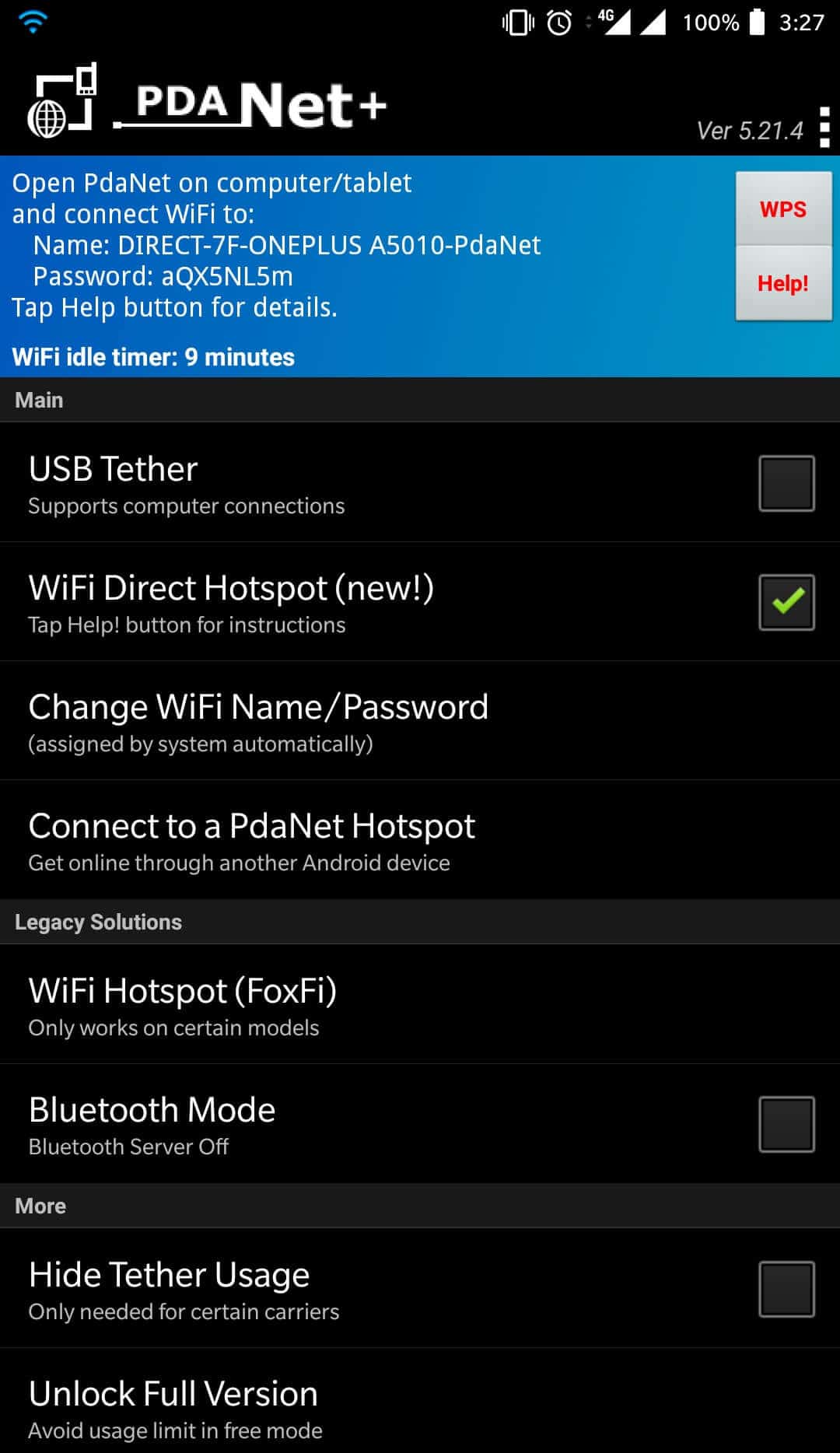 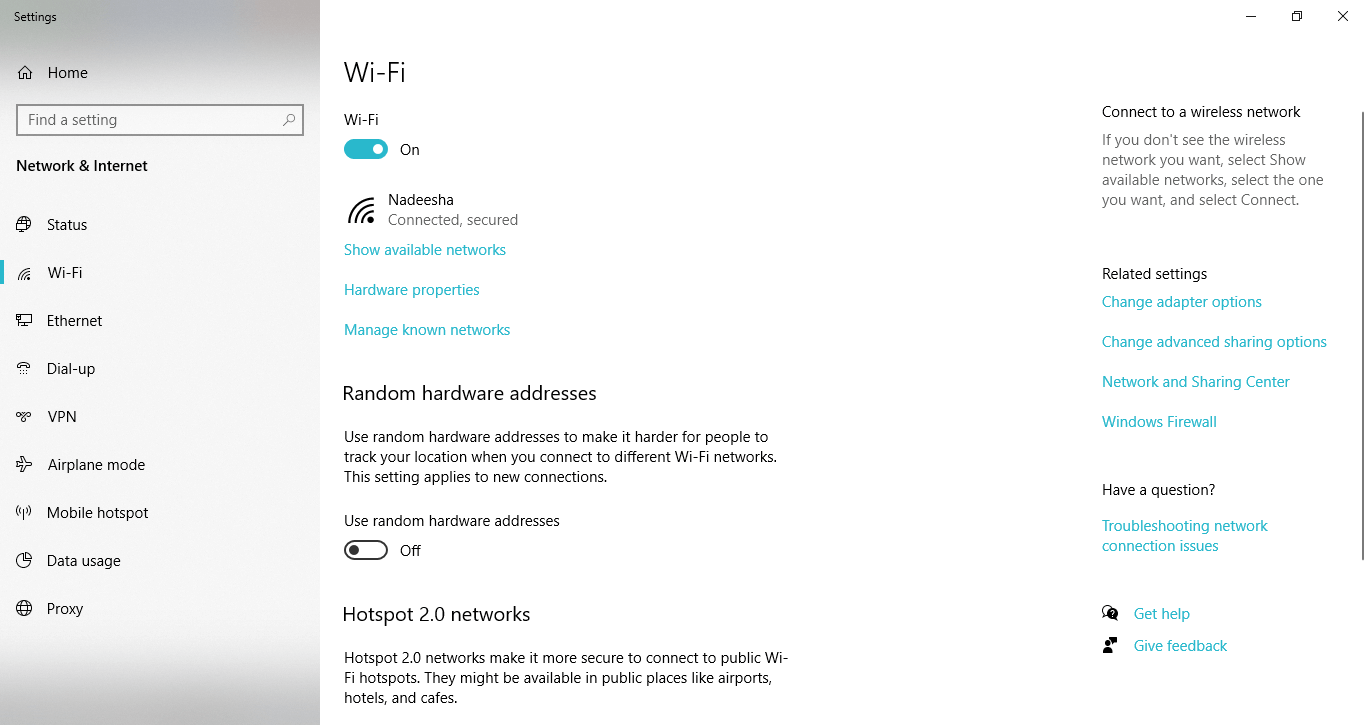 4. Connect to the Wi-Fi network specified in the mobile application from your laptop’s Network and Internet Settings. 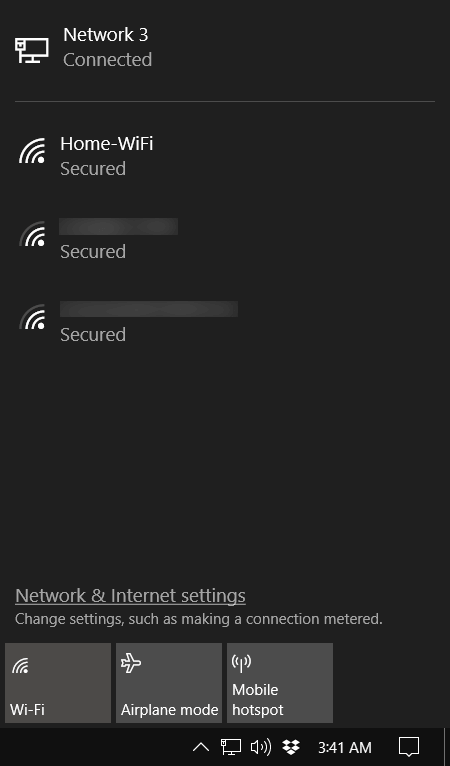 Not even your ISP or the mobile service provider will be able to track this down. Currently, it’s the safest and most efficient method for unlimited tethering using a VPN.

Concerns When Tethering With a VPN

VPNs That Offer Both Desktop and Mobile Versions

They allow you to use your subscription on Android and iOS devices and on Windows, Linux, and macOS. All users can enjoy security and freedom when browsing the internet.

If you’re looking for a reliable VPN that provides mobile and desktop applications, you’ve got many options! For example, there’s SurfShark, IPVanish, and Private Internet Access.

Our favorites are ExpressVPN and ExpressVPN (which we’ll talk about a little more shortly), but if you decide to shop around, be sure to consider the following:

Now, let’s look at a few exceptional VPNs that can help you when tethering.

ExpressVPN offers the best services for both your PC and mobile. It supports five devices with the same subscription. Furthermore, it has great functionalities on both iOS and Android devices.

Among its many features, split-tunneling, network lock, a location picker, and protocol selection are the most used.

One thing to remember is that accessing certain features is much easier in the mobile version than on a PC client.

Follow these easy steps to install ExpressVPN onto your PC or mobile device.

1. Go to the ExpressVPN official page.

2. Purchase the subscription of your choice.

Installing ExpressVPN on your PC 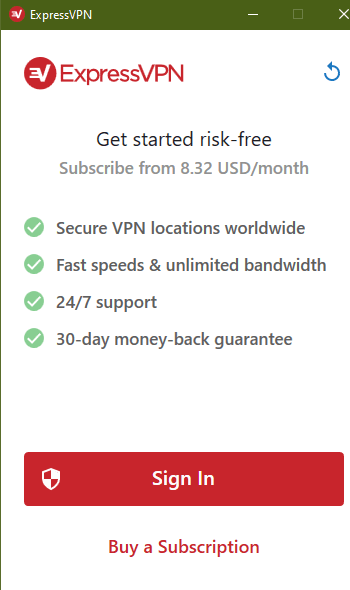 3. Enter the activation code, and you’re all set! 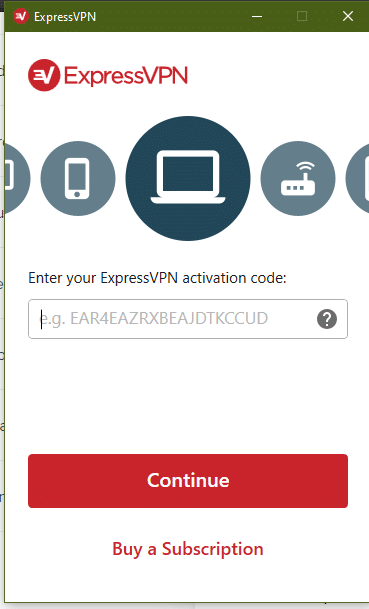 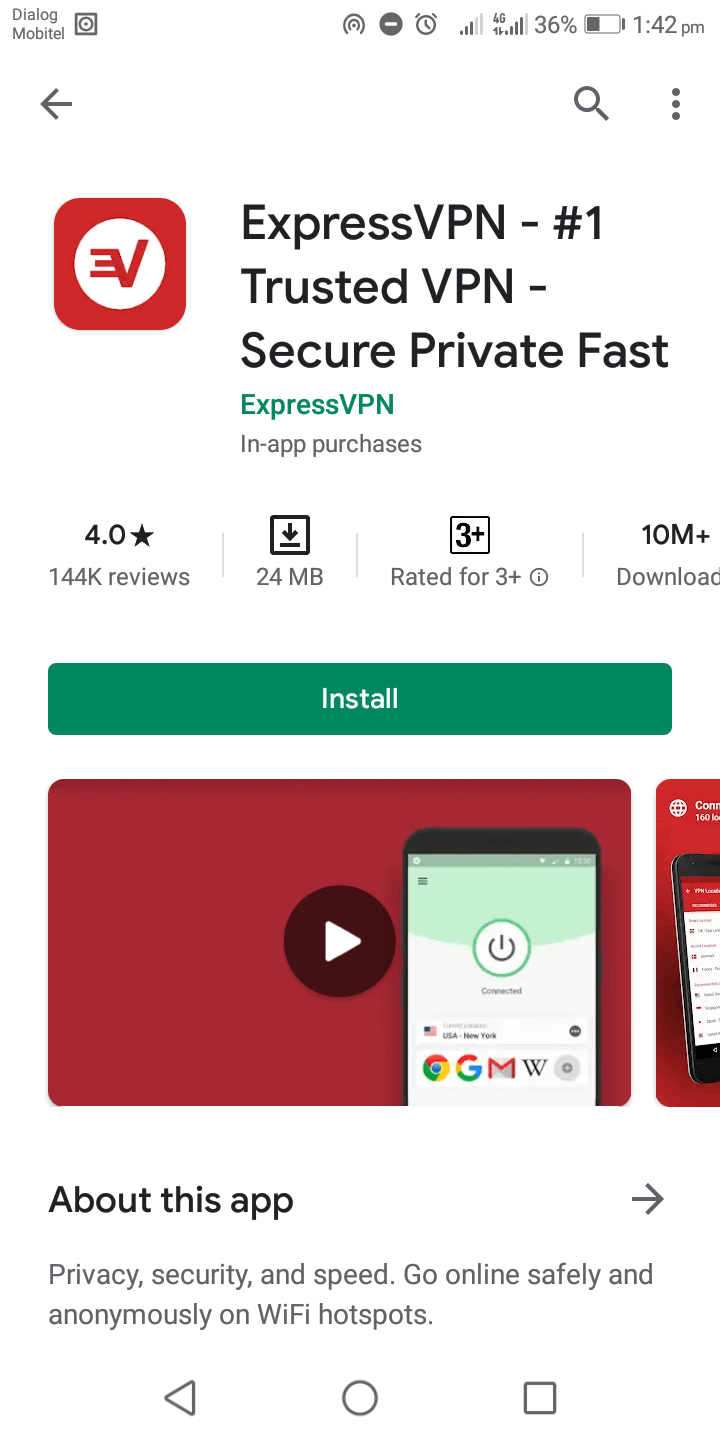 2. After installing, sign in with the email, you used when subscribing to ExpressVPN 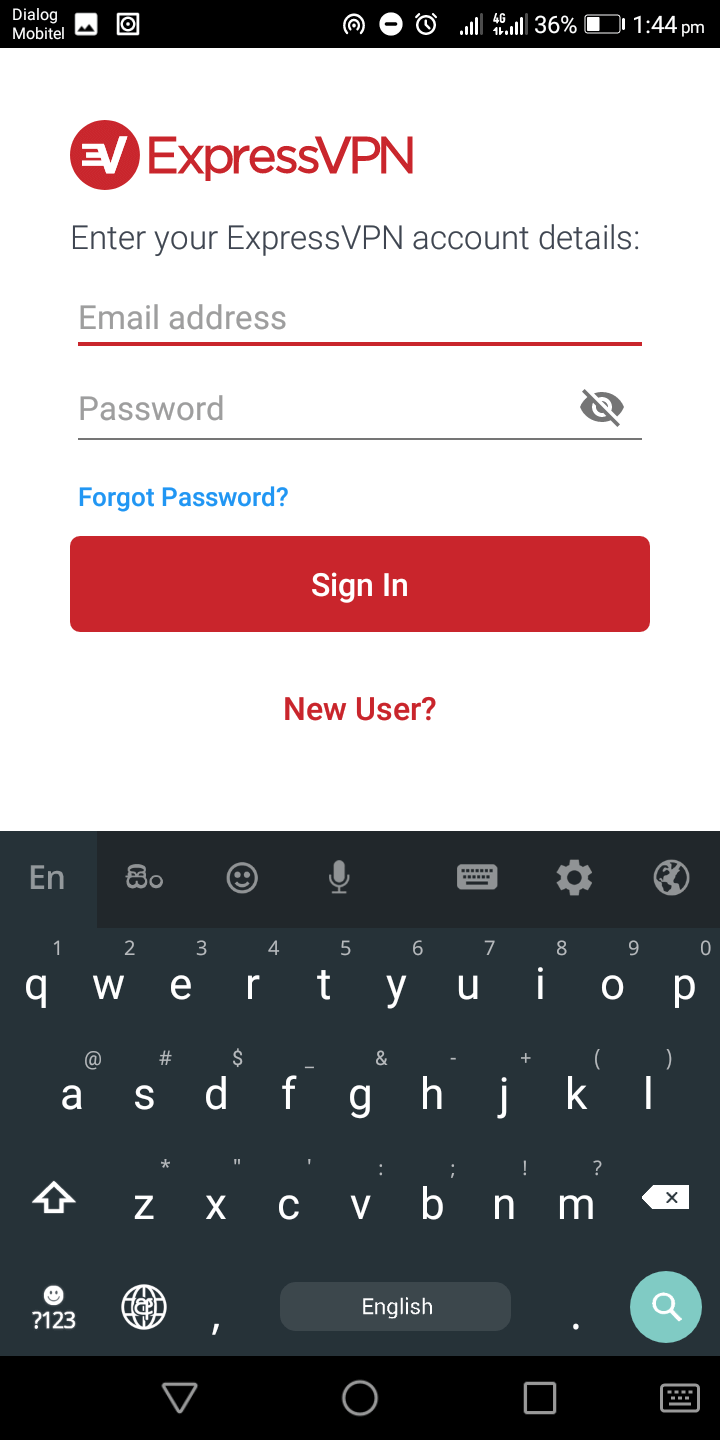 3. Provide the necessary permissions required by the app. 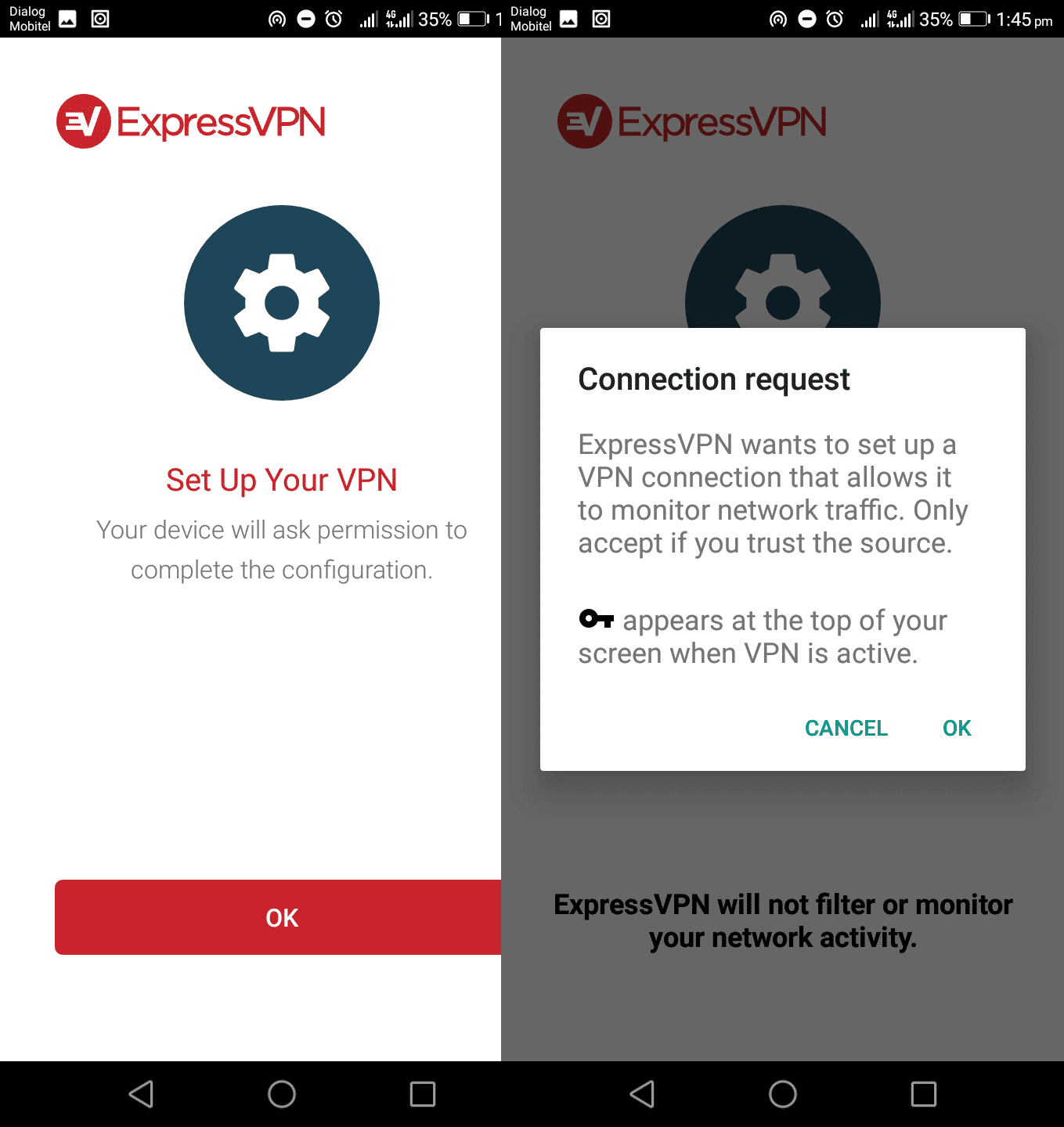 And that’s it! With ExpressVPN installed on your mobile phone and laptop, you won’t have to worry about your ISP spying on your internet traffic when tethering or establishing a mobile hotspot with a VPN.

Tethering or establishing a hotspot connection is a great alternative when you’re away from home and can’t find a public Wi-Fi connection.

And a VPN can be an effective way to stop your ISP from tethering your hotspot connection. All you have to do is install it on your laptop and mobile phone.

For Android devices, the PdaNet+ app creates a fool-proof tunneling connection that mirrors the protocols your normal data usage APN would implement.

Be aware that T-Mobile has been known to ignore Net Neutrality and that it can throttle your speed at the slightest suspicion of VPN tethering.

Some mobile devices are also naturally more vulnerable to being tracked.