What Is a VPN Kill Switch and How Does It Work?

A VPN kill switch is a feature offered by some VPNs that automatically disconnect you from the internet whenever your VPN connection fails.

This is extremely useful if you don’t want the website or app you are using to find out your real IP address.

In this guide, I will describe in detail what a VPN kill switch is, how it works, and how you can set one up on various platforms.

If you want to get a VPN that has a kill switch try ExpressVPN.

How to set up an OpenVPN kill switch on Windows, macOS and Linux.

VPN apps that have a kill switch.

There are two types of VPN kill switches:

You can read more about all of this below.

What Causes a VPN Connection Failure?

Before getting into how to set up a kill switch, let’s briefly discuss why a reliable VPN might fail in the first place. Here are three common reasons:

When your VPN server has physical layer disruptions or internal malfunctions, it’s bound to fail. Not only that, but the server’s poor connection strength also disrupts continuous connection with the VPN. If many users access the server simultaneously and overload it, this could cause issues in the VPN connection.

If you’re constantly switching between networks, your VPN could fail. This can also happen if your internet connection is weak.

Some firewalls and antiviruses treat VPNs like a threat, not a security measure. So, even your router could be configured in a way that interrupts the VPN connection and causes it to fail.

How to Set Up a Kill Switch

Yes, a kill switch is a great extra security measure, but few VPNs are equipped with one. So it’s a good idea to know how to set up an OpenVPN kill switch in any operating system.

The goal is to create a security tool that prevents traffic leaks outside the VPN network.

So if your VPN encounters an issue, your personal data and privacy won’t be at risk. The kill switch will instantly sever your internet connection.

How to set Up and OpenVPN Kill Switch on Windows

To set up a kill switch in Windows, it’s better to use routes. Make sure you’re connected to the OpenVPN server of your choice before proceeding with the following steps:

1. Run the Command Prompt with admin rights and select the “Run as administrator” option. 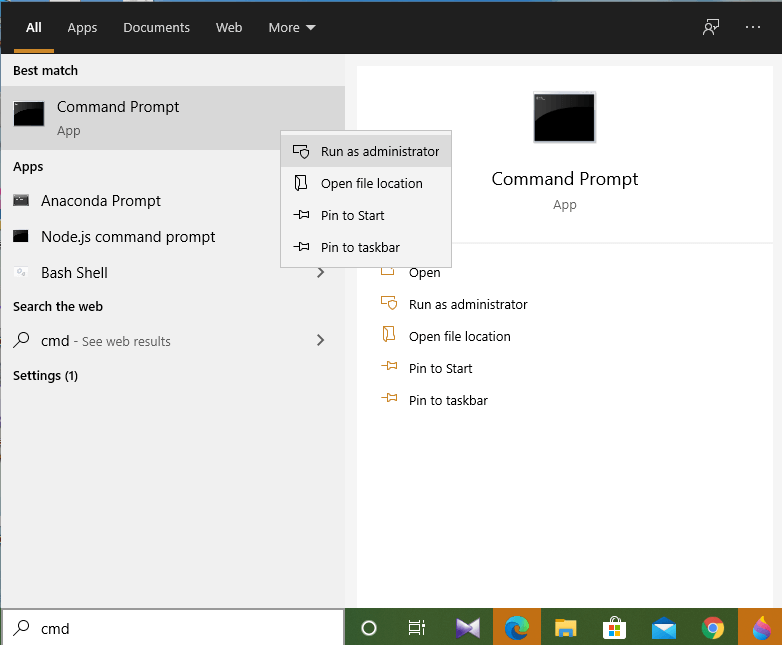 2. Delete the default route when the OpenVPN connection is established.

After successful detention of the default route, the command line interface will output “OK!”

This command will delete the default routing method, making VPN the only access method to the internet. Therefore, your internet connection will be cut off when VPN is inaccessible.

The operating system will remain stasis until it can access that route again. However, this state isn’t persistent. If the router reboots or the adapter is disabled, the settings will be taken to a default state.

For example, if you’re using an unstable Wi-Fi connection, it’s not a very good idea to set up an OpenVPN kill switch using this method.

Also, you can manually restore the default settings: 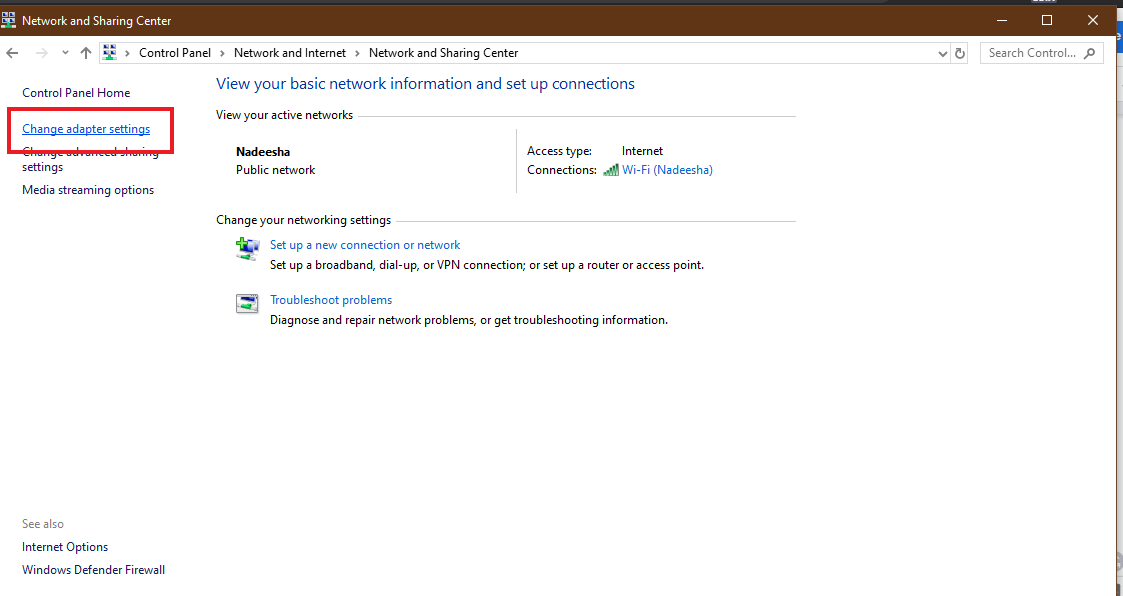 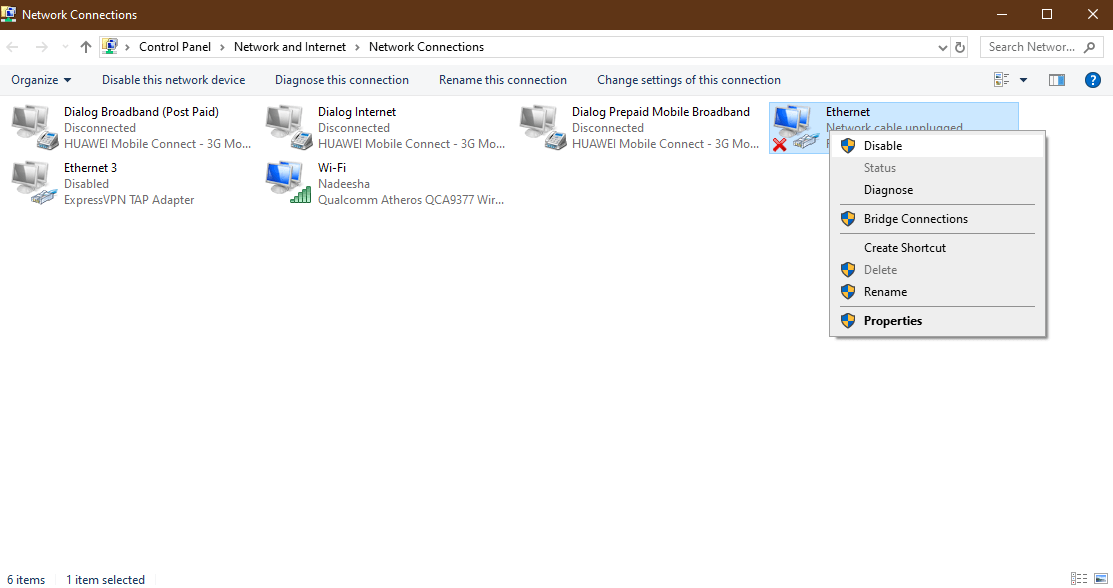 4. Then right-click on the disabled network adapter again and click Enable. 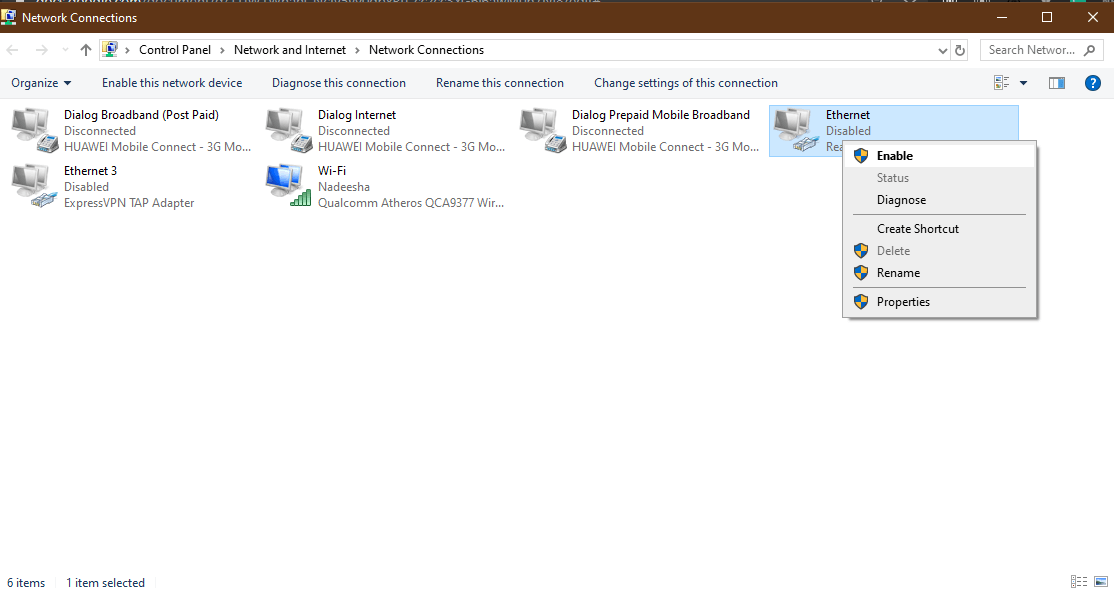 1. Get the IP address of the VPN gateway that this kill switch is intended for.

The Mac VPN provider’s hostname can be found in the OpenVPN configuration files.

2. Get the network interface name connected to your default gateway and the subnet of the local network.

Root access is needed in a Linux OS to use the above command.

Now you’re all set to create a kill switch for your operating system.

1. Use the command-line tool pf to create a kill switch on macOS.
2. Get administrator access with root or sudo to perform the next operations.
3. Edit the configuration of pf. Do this in a terminal window with the config file’s location

4. Block any internet connection through other ports except the VPN port.

5. Now save and exit.
6. For the changes to be complete, you’ll have to import the newly added rules:

7. Now, all you have to do is turn on the firewall:

Now that the pf is enabled, the kill switch will kick in. The VPN firewall will keep all your internet connections going through the security provider’s encryption.

It will also cut off any incoming and outgoing unencrypted traffic connections. Except for the netblock of the VPN server mentioned in the previous steps, no other internet connection will be possible.

You can create a manual kill switch or a VPN firewall in two ways in Linux.

Iptables, a Linux command-line firewall, allows us to manage incoming and outgoing internet traffic with built-in or user-defined rules.

Make sure you back up the current iptables ruleset first. You can do that with

1. Create a new shell script that contains the following ruleset:

2. Save the created script as iptables-vpn.sh
3. Set the permissions.

Ufw is the default firewall configuration tool in Ubuntu. This offers easy and user-friendly ways to build IPv4 or IPv6 host-based firewalls.

Before proceeding, back up your firewall ruleset in case something goes wrong.

2. Add the below commands in a new shell script:

3. Save the script file as ufw-ks.sh.
4. Set the permissions with chmod.

Your VPN kill switch is now activated and ready to go.

You can use ufw disable to deactivate the firewall.

ExpressVPN is by far the best VPN currently available. The kill switch in ExpressVPN is known as the “Network Lock,” and it’s available for all platforms, including Windows, Linux, and macOS. If a sudden failure in ExpressVPN occurs, the Network Lock disconnects you from the internet until the VPN regains its connection.

ExpressVPN is also a great and reliable Android VPN service.

How to set up Network Lock in ExpressVPN 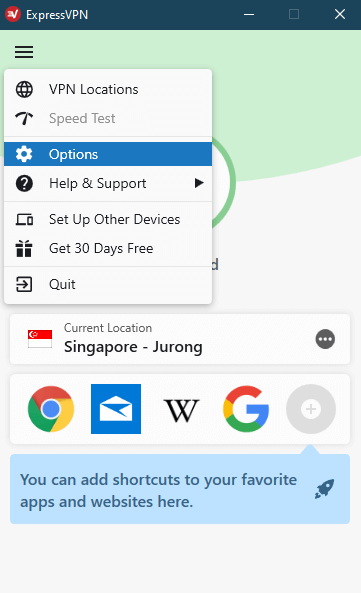 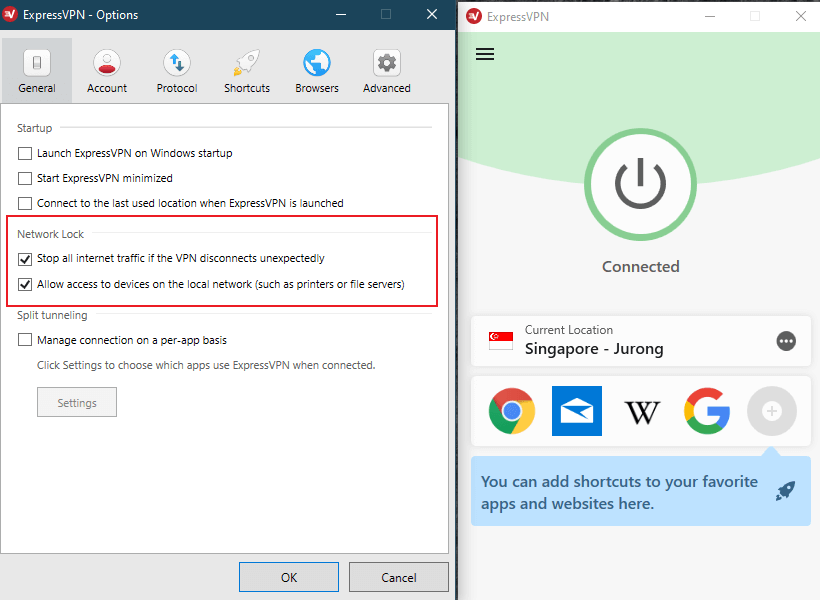 NordVPN offers several versions of the kill switch. You can disable either system-wide internet access or specific applications only.

Here’s how to activate the kill switch in NordVPN:

Other VPNs With Kill Switches

These days, more and more VPNs are trying to keep up with the advanced features of the best VPN companies. Here are some that now offer kill switches:

Certain VPN servers, like TotalVPN and Buffered, still need to get with the program.

Alternative Ways to Stay Protected After Your VPN Disconnects

You’re not limited to kill switches. Certain third-party applications can also protect your data when your VPN connection is unstable.

VPNetMon closes specified applications. First, it will try to close the relevant applications. If it’s unsuccessful, then it will shut them forcefully. If your VPN connection goes down, this may prevent you from forming unsecured connections.

Until your VPN network connection is restored, VPN Watcher will prevent applications from sending data to the internet. This is a good alternative for the kill switch as a VPN connection monitoring tool.

This free and open-source software can offer the same services as a kill switch.

Windows Task Scheduler uses the built-in event-checking feature in Windows. Here, you have to create a new task. Make that task close the mentioned applications when your VPN connection fails.

These days, it’s virtually impossible for unauthorized users to hack into a VPN server. That’s why they wait for your VPN to fail. So, your best protection is to set up precautions beforehand, just in case hackers want to get at your device.

You have a surefire way to keep your information safe with a kill switch. You can either set a VPN firewall and create a kill switch or trust the most reliable VPNs to do that for you.

If you are looking for more information on VPN security features you should check out our guides on double VPNs, VPN split tunneling and Onion over VPN.

Who should use a VPN kill switch?

A kill switch is an essential VPN feature that should be used by anyone who cares about their online privacy and security. These include anyone browsing sensitive information, sharing confidential information, activities, dissidents, and even journalists. It is also recommended for torrent users and anyone bypassing geo-restrictions.

How do you test a VPN kill switch?

Launch the VPN and enable the kill switch feature. The kill switch works if you see the site cannot be reached or there’s no internet connection. Then connect to a VPN server and ensure you can access maybe your popular website. Then disconnect from the VPN server (don’t close the VPN app) and try re-accessing the website.

How reliable is a kill switch for a quality VPN?

Reputable VPNs have reliable kill switches. Various VPN providers implement the kill switch using different methods. But they all obey one rule, if the VPN connection drops, they stop traffic flow. The success or failure of the kill switch will depend on the software, the VPN service, your operating system, and even the internet connection.

Why do VPN connections fail?

Which VPN providers have a kill switch?

Many VPN providers have a kill switch in most of their VPN apps. Almost all Windows VPN clients come with a kill switch. Some providers may not offer the kill switch feature for Mac, Android, and iOS devices. Some popular VPNs with a Kill switch include ExpressVPN, NordVPN, Surshark, Strong VPN, IPVanish, and PureVPN.

A Comprehensive Comparison of VPNs and Onion Routing (TOR)

Are VPNs Worth It - Why Should You Get a Paid VPN?

NordVPN vs. IPVanish - Which One is Better?

A Comprehensive Comparison of VPNs and Onion Routing (TOR)

Are VPNs Worth It - Why Should You Get a Paid VPN?

NordVPN vs. IPVanish - Which One is Better?