How to Unblock Your School WiFi Network With a VPN

You’ve been writing your term paper all day, or diligently studying for that final exam all night. And you’re exasperated.

All you desperately want to do is take a quick breather online for crying out loud. But alas, your go-to sites — like Facebook, YouTube, and Instagram — have all been firewalled by your school’s Wi-Fi network. Seems like school administrators want you to find other ways to unwind.

Fortunately, we’ve got your back. There are easy ways to bypass these firewall content blocks and unblock school WiFi. Ready to learn how? 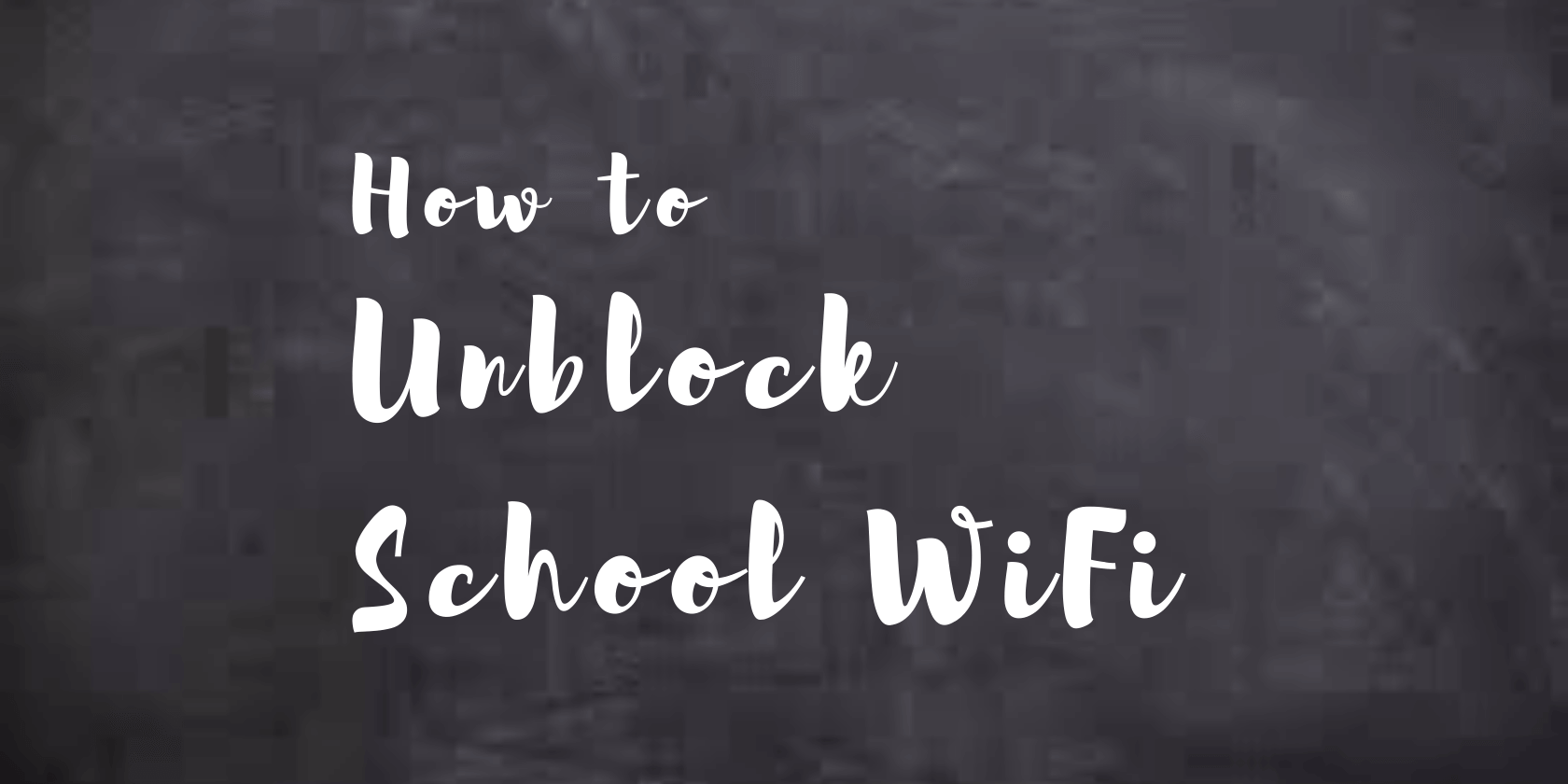 But First, How Do Schools Block Access to Sites?

It’s fairly simple. All school admins have to do is take a firewall blocklist and add the websites they want to block to it. Or, they can prevent routers from accessing the IP addresses of particular servers where the blocked website they want to blacklist are hosted.

Is It Really Possible to Visit Certain Blocked Sites at School?

It sure is! Here are a few options you can try:

Never mind your school’s Wi-Fi network. Just use your phone! Be sure to have enough mobile data allowance, though.

You should note that to access blocked websites, encrypting network traffic, such as with SmartDNS, is absolutely necessary. That way, your school’s IT admin won’t detect any of these techniques.

How Can I Unblock My School's Wi-Fi?

Blocked sites such as YouTube and Twitter are within reach. All you have to do is get a VPN installed on your school’s computer to create a special pathway between the VPN’s servers and that computer. This pathway will allow your internet data to securely flow through, without giving the school’s network any visibility into the sites you browse. All it will see is meaningless encrypted data.

This cloaking means you can visit blocked websites such as YouTube, SoundCloud, or other forbidden sites without triggering content filters. It will be impossible for any system your school uses (even manual checks of the data) to see what websites you visit. This way, the content filters will be fooled, and you’ll have access to the blocked sites.

But beware, depending on your school’s policies, it’s very possible that using a VPN for this purpose will result in disciplinary action against you — whether detention, suspension, or even expulsion. So whatever you do, be very careful not to get caught.

Which VPN Is Best to Use on My School’s Wi-Fi?

To unblock websites at school, the VPN we highly recommend is ExpressVPN. It has some of the best encryption and privacy features for what you need. If you’d like a beginner’s guide to help you learn all about VPNs, click here.

OK! Help Me Unblock My School’s Wi-Fi With a VPN!

You got it! But first, do you know which VPN? As mentioned, we like ExpressVPN, the perfect tool for breaktime. You’ll be able to enjoy high-quality videos, YouTube clips, or online games if that’s how you want to unwind. Because of ExpressVPN’s ridiculously fast servers, you won’t have to deal with annoying buffering issues or latency.

Free VPNs don’t offer anything like the fast speeds you get from a premium service.

Of course, there are other options out there. The first step is to pick one, and then install and download it on your school’s computer. But if you prefer to just use your phone, obviously you’ll need a VPN for mobile devices instead.

And whatever you do, please do yourself a favour and stay away from free VPNs. They can be painfully slow, and your break time might end up just stressing you out.

All right, now you have a VPN up and running on your computer or mobile. Congrats! Next, you’ll need to connect to a server. The one that’s closest to you is ideal, and hopefully, it’s in the same country. This will provide you with the fastest internet speed. It’s also the best option if all you want to do is unblock your school’s Wi-Fi and not access websites banned in your entire country.

Once you’re connected to a new server, you’re all set! You should be able to browse whatever websites you want on your school’s Wi-Fi.

Sometimes, school administrators set up VPN blocks. But don’t dismay, you can still outsmart those darn admins with something called Stealth VPN. With the use of a technique called VPN obfuscation, a Stealth VPN will mask your VPN traffic. This means you’ll be able to bypass the VPN block on your school’s network.

There’s another method you can use, which involves having VPN traffic be routed through many encrypted proxy layers. These layers make up “Tor networks.” Their advantage is that you get tons of unblocking power with maximal privacy. Unfortunately, this is a highly advanced technique whose setup is incredibly complicated. It will also make the already sluggish school network so slow that you won’t be able to watch those funny cat videos on YouTube.

If I Use a VPN on My School WiFi, Will I Be Spotted?

No, not by the school’s automated systems anyway. But look over your shoulder every once in a while — make sure a teacher or school administrator isn’t spying on you!

The top VPNs like ExpressVPN can bypass your school’s Wi-Fi firewalls (and the Deep Packet Inspection they employ) by using complex encryption and locally storing encryption keys on your device. The content of data sent and received over the school’s network is concealed, and so no filters are triggered.

Ultimately, the only way for someone to find out which sites you’re browsing is if they had physical access to your device. Otherwise, it’s impossible for anyone — school IT admins included — to detect the sites you’re visiting.

Will I Be Found Out If I Use a School Computer?

A typical VPN app is a very lightweight application — usually only around 50-100 MB in size. Whenever you use a school computer, you can install the VPN app on the computer and log into your VPN app with your username and password.

Once you’ve finished using the school computer, you only have to log out of the VPN app. And if you want to be extra careful, you can even delete the entire app. You can then re-install the VPN on the school computer next time you need it.

Setting up ExpressVPN on your school computer

Simply follow these step by step instructions to unblock your school’s web filtering in about five minutes:

If the school’s Wi-Fi network is giving your problems for a particular server, it could be that your school’s IT admin is on the ball and blocked it. But don’t lose hope — just try out different servers in different countries till you stumble on one that finally works for you.