New York VPN: How to Get a New York IP Address

Follow the steps below to get a New York IP address:

You now have a New York state IP address. 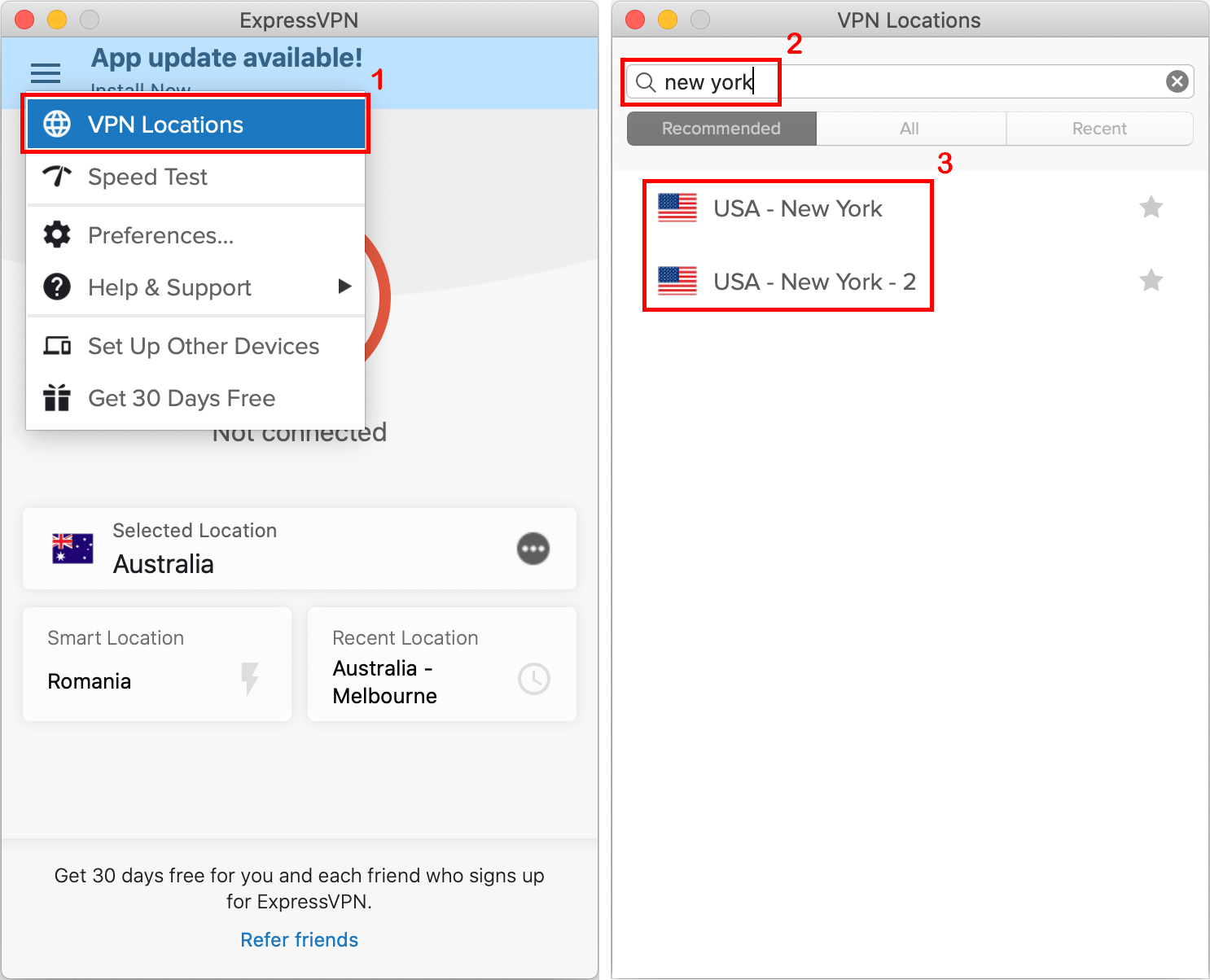 This guide explains how to get a New York state IP address. We explore the three key mechanisms for getting an IP address based in the Empire state:

Click on above links to directly jump to the relevant sections.

We explain how each different mechanism works and why using a good VPN service is your best choice to have a reliable New York state IP address.

Why You Might Want to Get a New York IP?

First of all, why would you look into getting a New York state IP address? There are several possibilities:

We explain the key mechanisms that might be used to access a New York state IP Address: Proxies, Tor, Home VPN services, and Premium VPN services.

Proxy servers (or ‘proxies’) are a ‘middleman’ server that mediates between you and the webpage you seek to access. Using a proxy service is the proxy, rather than you, which accesses the eventual destination web address.

Using a proxy is an effective way of masking your internet activity: Only the IP address of the proxy is known.

Proxies vary by ‘protocol.’ The main types of protocols include:

Aside from the security protocol used, proxies can be distinguished by the type of server used:

To use a proxy server, you can either:

While free and paid versions are available, many reports have better experiences with paid proxy provider services.

To receive a New York State IP address, you will need to seek out a proxy located in New York (such as a data center proxy server based there).

There are potential disadvantages to using a proxy:

Getting a New York State IP Address via Tor

Tor refers to ‘The Onion router.’ It is a system that reroutes your internet traffic through multiple servers part of the Tor network.

Through Tor, your internet activity is passed through various servers that act as ‘relays.’ Eventually, your request passes through an ‘exit node’ and onto your desired destination. 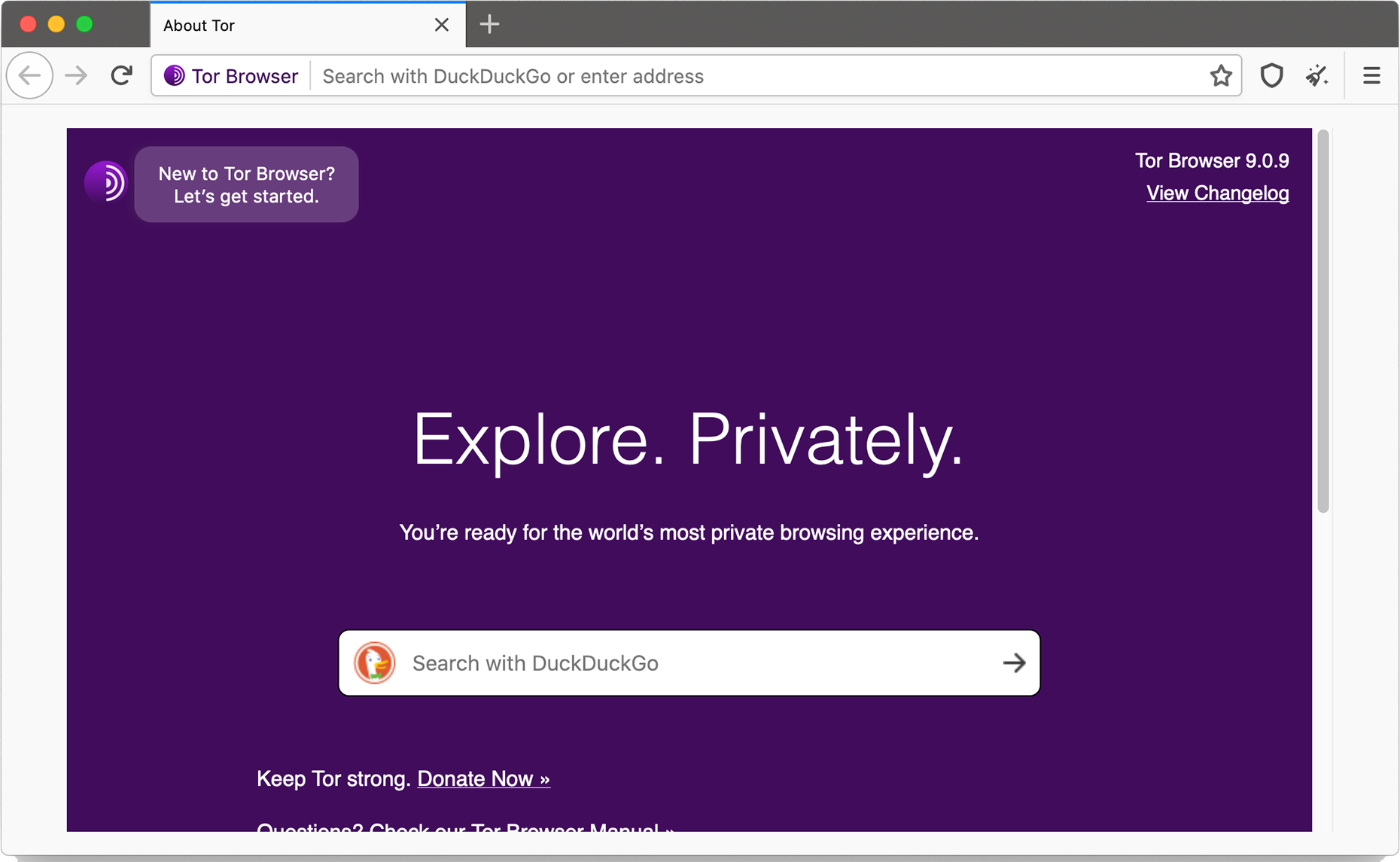 To end up with a New York state IP address , you must ensure that the browser is configured for an exit node based in New York state.

This is no easy task and may require manual verification of IP addresses to end up with an eventual New York state-based IP address.

Furthermore, choosing a specific exit node can provide visible traces of your activity and counteract any anonymity sought via Tor.

VPNs are created by VPN service providers with a vast network of servers worldwide. Once you are logged into the VPN, the request is mediated through one of those servers before it arrives at the destination website.

This means that your actual IP address is substituted for the new server IP address, and your traffic looks like it originated from there.

The benefits of using a VPN include:

Rather than using a VPN service, you could also establish a New York state IP address by setting up your VPN. There are several ways this can be done:

As well as requiring a decent amount of technical know-how to implement securely, the problem with these options is that you need a physical location in New York state to locate your home VPN server.

A word of warning on New York state IP addresses

Otherwise, those individuals risk being blocked from accessing those benefits.

Therefore, it is important that any New York residents with a VPN service installed to check that their VPN is set to a New York server before applying or carrying out any activity relating to their benefits.

Private Internet Access is a VPN provider with many servers in New York that have a fast connection speed, various browser extensions, and an app for iPhone and Android.

For more information on the above check out our related guides on how to watch the BBC iPlayer from the USA and how to get Netflix unblocked.

If you intend to use it for online banking, you can use its obfuscated servers. It also does not keep logs.

In our opinion, Private Internet Access has the fastest servers in New York at this moment. You can switch between multiple servers and IP addresses in the state if you need an IP for different purposes.

If you are looking for an Android VPN, then Private Internet Access is an excellent choice.

It’s also a great option for a Roobet VPN or Disney+ VPN.

ExpressVPN is one of the unsurpassed VPN providers in the market. It has 160 VPN server locations comprising more than 3000 VPN servers.

Among them, ExpressVPN offers some server locations for the US, including New York City. This ensures you can always get a New York IP address when you connect to ExpressVPN.

The servers are optimized for lightning speeds and unlimited bandwidth. You can stream from Netflix, Hulu, and other services with a New York IP address. You can also download content and browse the internet privately.

You also get 24/7 customer support. ExpressVPN offers five simultaneous connections and is compatible with a wide range of computing platforms, including TVs and consoles. You can also use it on various supported routers.

ExpressVPN is also a good choice if you need a New Jersey VPN.

Surfshark is an impressive VPN provider with a global network of 3200 servers in 65 countries. It offers twice a dozen server locations in the US, including New York.

Surfshark servers offer unlimited bandwidth coupled with fast speeds. You won’t experience any lags or buffering on any activity you undertake online.

The RAM-based VPN servers also ensure your online activities are private. This is reinforced with a no-log policy. Also, its jurisdiction (BVI) doesn’t have mandatory data retention laws.

In terms of security, Surfshark uses industry-leading AES-256-GCM encryption to secure your traffic. You also get features such as a kill switch, split tunneling, leak protection, MultiHop (Double VPN), Camouflage and NoBorders Mode, and protection against ads, malware, trackers, and phishing attempts.

Surfshark offers unlimited simultaneous connections and unlimited bandwidth and supports most computing devices. You can protect all your devices hassle-free with 24/7 customer support.

SurfShark works also great if you need a VPN for Mac.

Cyberghost is also a good choice for a New York VPN. Our speed tests show low latency, making it optimal for streaming.

It does not keep logs, which is a must if you intend to use it for online banking. It has iOS, iPad, and Android apps.

Cyberghost VPN is based in Romania, a country known for privacy-friendly internet laws. It’s a good choice for remote access to New York and file sharing.

If you use their obfuscated servers, your internet service provider won’t even know you are using a VPN.

Should You Use a Free VPN for New York?

Some free VPN providers have VPN servers in New York. The problem, however, is that most services you would need a New York VPN for have already banned these providers.

Using a free VPN for online banking is also an extremely bad idea. Many of these services will share or sell your internet data and VPN usage to third parties.

Reputable and known paid VPNs are the best solution if you want privacy features and security.

Another option that is not recommended is VPN Unlimited due to its very slow speeds.

Using a proxy server or Tor are not reliable mechanisms for getting a New York state IP address. In addition, neither option provides the security and anonymity through encryption that a VPN can provide.

While home-based VPN servers are a possibility, this is no use if you do not have a physical location in New York (or someone else in the state you can trust to host the server).

Therefore, to ensure that you have a reliable New York state IP address at all times, we recommend you use a premium VPN service.

Can I get a permanent New York IP address?

Yes, if you opt for a dedicated IP address. It also might cost you a little more, depending on the provider. However, it will not increase your online privacy. Shared IP addresses have the advantage of increased privacy as they are rotated among many users.

Can I use an alternative US IP address?

Is using VPN legal in the USA?

Yes, a VPN is an acceptable way in the US to increase your online security and privacy over the internet. However, anything illegal without a VPN doesn’t make it legal while using a VPN. Such activities can land you in trouble since they breach the terms of service/contract.

Can I be tracked if I use a VPN?

Yes, a VPN won’t prevent you from being tracked if you are not privacy-aware. For instance, if you post discriminatory content on social media and your account is linked with all your personally identifying information, a VPN won’t help you.

How can I get a good New York IP address without a VPN?

You can use a reputable proxy server. VPNs are the best way to get a New York IP address. You also get added advantages such as increased privacy and security. VPNs are also best known for bypassing censorship and geo-restrictions.

Texas VPN - Most Efficient Way to Get a Texas IP Address

Florida VPN - How to Get a Florida IP Address

Texas VPN - Most Efficient Way to Get a Texas IP Address

Florida VPN - How to Get a Florida IP Address